The Guatemalan Altiplano includes the districts of Chimaltenango, Sololá, Quiché, Quetzaltenango, Totonicapán, Huehuetenango and San Marcos. Its natural diversity and richness in fauna and flora make it one of the country’s most popular destinations. In this idyllic landscape with its giant volcanoes and glittering lakes, the tranquility of the might nature becomes a source of inspiration. Here, the Mayan civilization’s traditions have survived through the aeons, as the people who inhabit this land have preserved their languages, their attire, and their cuisine for centuries.

The name Chimaltenango can be translated to “place of the shields.”. In the summer, between the 20th and the 30th of July, the surrounding region of the same name witnesses a series of festivities consecrated to St. Anna, Mother of the Virgin Mary, and Patron Saint of Chimaltenango. In Patzún, the Corpus Christi Celebration marks the end of the Easter period in June with colorful robes, floral decoration, incense, dance, and fireworks.

You can relax in the natural pools of Los Aposentos, Pixcayá or Ojo de Agua. Adventurers should explore the Venezia and Devil’s Caves and visit the waterfalls of the River Nicán. There are also impressive archaeological sites such as Iximché or Mixco Viejo.

In the city of Tecpán lies Iximché, once a great city fortress of the Kakchiquel dominion, the last capital of the Mayan Kakchiquel empire. In 1524 it became the first capital of the Spanish conquistadors in Guatemala. In an area of 50 hectares, there are pyramids, temples, palaces, and other structures such as an arena for a ritual ball game.

Around the area of today’s San Martin Jilotepeque, there was once the fortified Mixco Viejo town, which the people of the Pocomames inhabited. In the late classical Mayan period, it was an important spiritual center of the Kakchiquel realm. Here you will also find a well-preserved square ball-play court, pyramids, and observatories.

Huehuetenango means “City of the Ancients” and is surrounded by high rocky mountains. The best view is from the “Mirador Juan Diéguez Olaverri.” Bird lovers will appreciate a variety of rare species in this mountainous area. Business and leisure life unfolds in the central square, framed by the Town Hall, the Church of the Immaculate Conception, and several neoclassical buildings. On the court, there is a relief map of about 30 square meters in diameter.

The local festivals are worth a visit, notably “Nuestra Señora del Carmen” on the 16th of July or “La Concepción” on the 8th of December. In the city of Todos Santos Chuchumatán, members of the Mayan Mam people start their celebration in honor of the saints and the dead the night before with offerings and chants for the deceased loved ones.

A typical dish of the region is Jocón, which has been declared a National Cultural Heritage.

If you want to go on a discovery tour, the Quen Santo Cave (“Holy Place”) is highly recommended. The “Hoyo Cimarron” is a cylindrical hole with a diameter of approx. 170m and a depth of 150m that hides a patch of forest at its bottom. This unique habitat offers protection to many rare birds and other animal species.

Another cultural highlight is Zaculeu, an archaeological site attributed to the Mam people and formerly fortified city in the post-classical period with squares, pyramids, temples, and other buildings for various purposes. The local museum displays a collection of jade figurines, ceramic artifacts, and human bones. Suppose you prefer the seclusion of untouched nature. In that case, you should visit the Yolnabaj lagoon of the all-turquoise “Laguna Brava,” about 4 square kilometers into the subtropical forest, or relax in one of the spas.

All regions have names with specific meanings – Sololá can offer even two versions: One is derived from the word “Tzolojha,” which means “waters of the elderflower” in the language of the Kakchiquel, Kiché, and Tzutuhil. The second theory interprets the word’s meaning as “return to the water” and deduces it from three syllables used in the Kakchiquel language: “tzol” (return), “ol” (continuation), and “yá” (water). The region contributes large portions of the country’s wool production, but coffee and other crops are becoming increasingly important as the local people’s economic base. The region’s culinary specialties are stews with potatoes, patín, cress with chirmol sauce, or pork loin ragout.

Sololá has numerous historical and archaeological sites. The famous natural park of Lake Atitlán spreads across 120 hectares in the valley of “San Buenaventura.” Here, today’s world blends with ancient Mayan traditions in Panajachel with its beaches, hotels, cafes, restaurants, and nightclubs.

Quetzaltenango takes its name from the royal title by Don Francisco Izquín Nehaíb of 1558. The local K’iche’e people who once settled here called this region “Xelahuh” and “Xelahuh Queh” (place of ten deer). It is located in a broad valley surrounded by Santa María, Santiaguito (one of three active volcanoes of the country), Cerro Quemado, Siete Orejas, Chicabal, and Lacandón; there are countless possibilities for mountaineers and hikers. From Cerro Zunil, Zunilito, El Galápago and El Baúl, you get spectacular views of the city of Quetzaltenango and the beautiful surrounding nature. Quetzaltenango is one of the important cities in Guatemala. It is an industrial center for the production of textiles and liquors, also is a strategic trading hub and a cultural center alike.

The local cuisine is characterized by so-called paches (potato pockets), tamales de chambray, and rompopo. Here, too, visitors find a great tradition of various festivals and dances, one highlight being Easter; but also the country’s independence celebration, the “Feria Centroamericana” or the Patron’s festival in honor of the Virgin of the Rosary are celebrated with joy and dedication. The Ermita de la Concepción in the village of Salcaj’ is a religious monument that attracts visitors from the entire country and beyond. It is the seat of the first Central American Catholic Church.

Volcano and Lagoon of Chicabal

Lake Chicabal lies inside the volcano of the same name at an altitude of 2172m. The Maya’s National Natural Heritage of “San Martín Sacatepéquez” was considered one of the most significant sacred places. Like hundreds of years ago, ceremonies are held on four altars dedicated to the heavens for rain magic.

The name Quiché is derived from “qui” (many) and “Che” (trees) and refers to the rich forests of the area. Santa Cruz del Quiché is the region’s administrative center and an important center for preserving the ancient Mayan rites and traditions in their original form. The extensive use of spices characterizes the local cuisine. Some of the typical dishes are pinol (roasted corn and chicken with tamales), boxboles, chicken with epazote, chojin chichasteco, and white tamales.

On August 18, the Patron’s festival in honor of Santa Elena de la Cruz is celebrated in Santa Cruz del Quiché. A few other festivals are worth attending throughout the year, particularly indigenous religious ceremonies conducted by Mayan priests who intertwine with the deceased.

The town of Playa Grande Ixcán, like many neighboring communities, offers various natural attractions such as rivers, waterfalls, hot springs, and caves. In Canillá lies the archaeological site “Los Cerritos Chijoj.” San Andrés Sajcabajá is a traditional pilgrimage place where the faithful complete their march of penance crawling on all fours. The village of Laj Chimel in Uspantán is the birthplace of the Nobel Peace Prize laureate Dr. Rigoberta Menchú. Chicamán is a natural paradise famous for its untouched nature and of its inhabitants’ lively culture, customs, and traditions that have been handed down over generations from the Mayan Poqomchí, Achí, Queckchí, and Kiché people. Castilian influences add to the unique mix.

The town of Chichicastenango is located in the same district and is one of the most important traditional cultural and religious centers of the Mayan civilization.

Chichicastenango means “place of nettles” and was founded by members of the K’iche people who had fled from the destruction of Utatlán. Today, the city is home to the Maxeños and prides itself as one of the country’s most important tourist destinations when exploring the Maya’s cultural history. It’s where the Popol Vuh was found, the legendary religious Mayan book that tells about the origin of humankind and that was translated into Spanish by Fray Francisco Ximenez.

On Thursdays and Sundays, when the indigenous farmers come to the city from the surrounding villages to sell their products in the markets, it seems like very little has changed since the Mayan empire’s ancient times. The atmosphere is bustling and serene at the same time.

Among the numerous tourist attractions in the city, the Cerro Pascual Abaj, the Museum of Masks, the Gumarcaj Excavation Site, and the Apostle Thomas Church from 1540 truly stand out. The latter reflects the splendor of the colonial period and at the same time makes reference to the 18 months of the ancient Mayan Calendar with its 18 steps. The Gumarcaj site is also called Utatlán and was the last capital of the Mayan K’iche’ people. Its heyday was in the post-classical period and is described as a powerful city in Popol Vuh.

The celebrations in honor of the city’s Patron St. Thomas are celebrated with traditional dances from 13 to 21 December.

The district is home to the highest peak of Central America. The two volcanoes Tacana and Tajumulco, rise here and create a diverse biosphere bustling with countless species thanks to their different heights. This region is also home to the legendary Quetzal, Guatemala’s heraldic bird.

Marcos is famous for its local specialties, such as the tamale marquense mole of bananas and turkey, the salpicon, cambrayes, tayuyos, and atole de maiz.

In San Marcos, you can admire the caves of “Las Castalia.” Moreover, the “Agua Tibia” thermal baths with their sulphureous steam-producing source are worth a visit. On the Naranjo River, you can go canoeing, while the port of Ocos invites you to a leisurely walk. The Mayan Palace and “Piedra Partida,” the Split Rock, are compulsory boxes to tick. On April 25, the patron saint of the district is commemorated with a spring-mass.

Eco-tourism is becoming increasingly important for the region but also the entire country. Highlights for particularly authentic natural experiences are, e.g., the National Park Cerro Tzankujil and the ascent to the volcanoes Tajumulco (the highest peak in the country) and Tacana. Peace and tranquility are found in the “Centro Pirámide,” where meditations and alternative therapies are offered.

Another district whose name allows for two interpretations is Totonicapán. On the one hand, the term is composed of the syllables “Totl” and “Nicapan,” which means “mountain of birds” in the Náhuatl language. In the language of the K’iche’, the region is called “Chwi meq’ina,” meaning “Over the warm water.” As one of the highest areas of the country, it can be pretty cool here. The tamales or the local corn groats taste just as good here as the traditional bean broth. Archangel Michael is worshipped as the patron saint of the district every year between September 24 and 30. At Easter, there are processions in which the suffering and the death of Jesus Christ are portrayed.

Thursday is a market day in the town of San Cristóbal Totonicapán. Here you can buy the typical local costumes and textiles as well as hand-made pottery. On Saturdays, the market turns into a sea of color motion being the central meeting point for the entire district. In San Francisco, a weekly market is also held on Fridays; it is the region’s most significant.

Some of the city’s attractions are the colorful Church of San Andrés Xecul, the city theater, the parish Church of the Archangel Michael, and the Center for Arts and Crafts. In San Miguel and Chuisán Antonio Mundo’s caves, there are sacred sites of the K’iche’s. Experiencing the “Aventura Maya Quiché” at the Nueve Sillas or the Maria Tecún Peak is also an option. 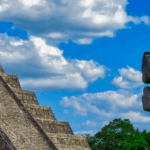