Guatemala is a country rich in Mayan culture and heritage. Evidence of this empire is scattered throughout the land and many Indigenous groups still practice Mayan traditions, keeping this fascinating culture alive. But which Mayan ruins should you visit on your Guatemalan vacation?

The good news is that there are plenty of sites to choose from! As you’ll see, Guatemala has several UNESCO World Heritage Sites that conserve Mayan ruins. While we can’t cover every archaeological site, this list will give you the highlights of the country’s best Mayan ruins to visit.

At Martsam Travel, we are a 100% Guatemalan Tailor Made Tour Operator and specialize in flexible, authentic, and quality tours of world heritage sites, natural treasures, and national parks. We love nothing more than sharing our rich heritage with tourists from around the world.

Many of the Mayan ruins we’ll virtually explore form part of our popular 11-day Maya Treasures Tour. Explore the vast Mayan empire hidden in verdant tropical forests on this all-encompassing adventure. If you have any questions about our Guatemala tours, get in touch!

The UNESCO Tikal National Park complex is one of the most famous and fascinating Mayan ruins in Central America. The complex dates back to 900 BCE and you can spend a whole day exploring the multiple pyramids that make up this iconic site.

You’ll be picked up from the nearby city of Flores and then guided around the remote Tikal, the ‘City of the Voices’, through the lush jungle. There are many parts of the complex to explore, including the Grand Plaza, and the towering Temples I and II.

Temple I, below, is also known as the Temple of the Great Jaguar, which stands 47 meters high and was finished in 750 AD. The Temple II, the Temple of the Mask, stands across from it at 38 meters high and was completed earlier in 700 AD.
Both temples offer amazing views of the former central square and plaza. Temple IV is the most popular and tallest temple in the complex, standing at 70 meters tall. It was also used in the movie Star Wars: A New Hope! Reach its heights to see other temples peeking out of the trees.

Located in the northeast of the Petén Basin region, the Mesoamerican archaeological site of Yaxhá is a former ceremonial center and city of pre-Columbian Maya civilization. In the Early Classic period, it was the third-largest city in the region and a powerful political Mayan hub.

Walk through the trees to visit Yaxhá’s pyramidal temples, twin pyramid complexes, and impressive Acropolis. Keep your eyes peeled for howler monkeys who are part of the rich biodiversity that surrounds the ruins in this expansive 37,760 hectares of Yaxhá’s national park.

Topoxté is also located in the Petén Basin, southeast of Yaxhá North Acropolis. This pre-Columbian Maya archaeological site’s name means  “seed of the Ramón tree” and is spread across three islands named Topoxte, Cante, and Paxte located in Lake Yaxhá.

The site’s central plaza is surrounded by three temples and several other buildings that were constructed over ten different phases across the Preclassic and Postclassic architectural periods. This complex features fascinating ruins of ceremonial platforms and burial grounds.

The ruins at Iximché are located two hours west of Guatemala City in the western highlands of Guatemala. It was the former capital of the Kaqchikel Maya kingdom until the city was abandoned in 1524. It lay deep in the jungle until it was rediscovered in 1695.

The site contains four large and two small plazas, with several temples in each. Iximché also has elite palaces, ballcourts, and several plazas around the ceremonial city center. There is also evidence of residential areas.

This fascinating site is seldom visited by tourists and is a great place to explore lesser-known Mayan ruins. Several of the structures are still used for Mayan ceremonies today!

Quiriguá dates back to the Classic Maya period and is a medium-sized complex of pyramids, best known for its sculptures and sandstone stelae. The stelae were carved with anthropomorphic figures from Mayan mythology and the kings of the kingdom.

The tallest stela in the New World was discovered on this UNESCO World Heritage Site and you can walk amongst these impressive carved structures today. Bring a camera! You won’t want to miss these unique and fascinating sculptures.

This site is located near the Motagua River, which formed an important trade route between 724 and 785 when the city prospered from trading jade and obsidian.

The final Mayan ruin on our list is the largest known pyramid in the Maya world. El Mirador is located in the Mirador Basin in dense rainforest, which is also part of the Maya Biosphere Reserve.

El Mirador is a large Preclassic archaeological zone, that has been called “The Cradle of Maya Civilization”.

El Mirador, or the Lookout, can be difficult to get to, particularly between July and November as the rains and mud create difficult walking conditions on the trail. We recommend visiting outside of these months to best enjoy the largest pyramid complex by volume in the ancient world.

And that brings us to the end of our list of the best Mayan ruins to visit in Guatemala! We hope you’re feeling inspired to visit these sites in real life and join us on one of our Tours to Guatemala to experience the wonders of the Mayan empire.

If you would like more information on how to travel between these sites or have questions about our Maya Treasures Tour, our local team are here to help. Get in touch to talk to our expert guides who can help make your Mayan adventure unforgettable. 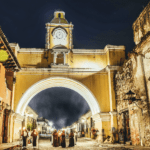 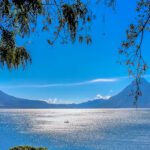